Rummy card game can be your next best friend. Just remember its rules 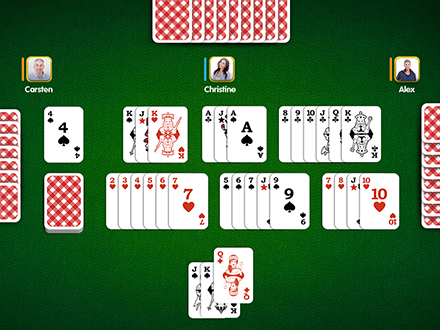 Rummy card games are the most popular gaming activity among people from different age range as it provides entertainment as well as an opportunity to earn a huge amount of money is the easiest way possible. When it comes to rummy card game rules, they are simple as well as easy to understand and remember. In order to win a game of Rummy, a player should always keep the rules in mind and strictly stick to them. The rules can be easily remembered and followed when a player practices playing Rummy at regular intervals.

The first thing that a player needs to do when playing online points rummy is to select a table and take a seat. The player needs to select various combinations like tables, Point Value, Decks, Status, Min. Entry, and more before they join the game. After the player joins the table, they need to take a seat. After taking a seat, the player will be introduced to a Buy-in window. In the Buy-in window, they have to decide the amount of money they want to bring to their table. The player needs to select an amount between the minimum and maximum amount. The minimum amount is calculated as point-value×80 while the maximum amount is calculated as point-value×80×10. Players generally do not get more than 20 seconds to decide on their buy-in value.

Initially, one card is given to every player. Depending on the value of a card that a player gets, the turns are decided accordingly. The player who gets the highest value card gets to take the first turn. The Wild Joker Card is opened first and placed below the close deck in a face-up position. After that, 13 cards are randomly distributed to every player. For initiating the open deck, any card is placed face-up. The players start to make sets or sequences depending on the cards they have. If the players do not get favorable cards, they can drop from the game. The game continues till a player makes a ‘Declare’ with either an invalid or valid set.

Players only get thirty seconds for making their move. In some cases, players can also get buffer time. However, if the player misses three consecutive turns, then it is considered that they have taken a middle drop. In this case, the player will get forty points and lose the equivalent portion of the money to these points. That means, if the point value is one rupee each, then a middle drop will make a player lose forty rupees.

Therefore, remembering rummy card game rules is essential to winning points in rummy online games as it is a highly skilled-based game. The rules greatly help in forming strategies without which winning a game of Rummy is impossible.

What to Check While Establishing Payment Methods for an Online Casino?

Things to keep in mind before playing poker online

How to Get the Most Out of Delta 8 Carts?

How to Get the Right Real Estate Brochures

What to Know Before Hiring a Spirit Medium

3 Things No One Tells You About Living & Working in Vegas

Avram Grant Suggests Ways You Can Become A Successful Philanthropist